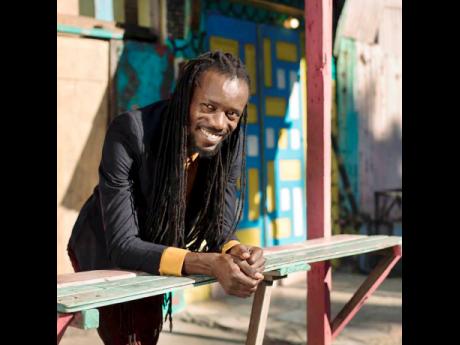 The last time reggae artiste Zamunda was active on the music scene was 2016. At the time, he had just released his latest single, ' Missing You', and had launched his own music label.

Although he has been busy behind the scenes, establishing himself as a producer, the singer, who delivered songs like Jah Love Surrounds Me and Badder Dan Dem, featuring I-Octane, has remained relatively quiet on the entertainment circuit.

Now, citing demand from his fan base, the singer believes the time has come for a resurgence.

"People reach out every day and tell me dem miss me. Up to a few days ago, I was driving through a ZOSO checkpoint and a pull up on some young soldiers who were like, 'Yow, nuh you name Zamunda? How comes we nah hear nuh song? Yuh have real fans out there weh wah hear from yuh, innuh'; and when I constantly hear things like that, it motivates me to get back into things," he told THE WEEKEND STAR.

Zamunda said his 'leave of absence' was caused by the changes in the industry. He said that as an artiste who has high moral standards, he could not be a part of an industry whose moral fabric was degrading bit by bit.

"There is a time and a place for everything, and I'm a spiritual person. I will never lose the morals, the message, the powers and the vibration that music supposed to bring. So in a time when I saw certain things were going on, I just decided to stay aside and observe," he said. "Sometimes you affi take two or three steps aside to take five or six steps forward. There is a time when yuh affi watch the cycle and watch the business like a lion in the jungle. That's what I was doing and, by doing that, I knew just when to attack."

He reiterated that his fans will never hear him sing certain songs, like those degrading women.

"The yutes dem a buss and a do dem thing, and we watching dem same way and listening to them. But I'm not going to be a part of what's going on, because that's not my mission or purpose," Zamunda said. "I'm a messenger; that's what I'm here for and that's what I'm gonna do. Now is the time because Jah tell me say the time has come. The vibration and energy is in music right at the moment, and music is all about vibration and energy. Music, when it ready for yuh, you cannot deny it."

The singer is putting the finishing touches on an album he has been working on for the past two years.