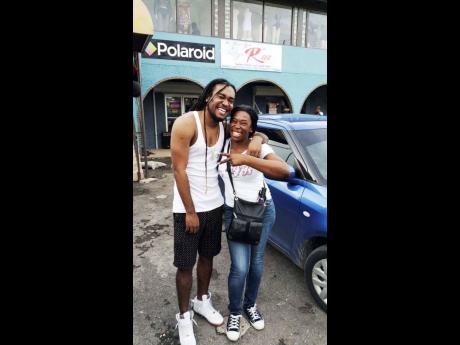 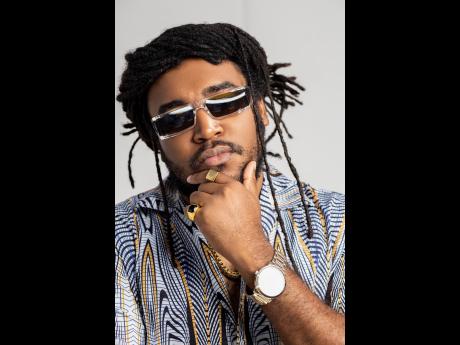 Recording artiste Zagga found that there is such beauty in the bond that exists between him and his mother, Sharrol Coke, that he was inspired to pen the lyrics to ' Mama's Prayer'.

"It was not even a case of absentee father. Both parents played a role in my upbringing but my father was in a different place," Zagga told THE WEEKEND STAR. "My mother and I grew up together because she had me at a young age. What we have is like a brother-sister bond weh we can reason 'bout any and everything."

Coke experienced teenage pregnancy and by the time Zagga was born, she had to put her education on pause. The artiste, given name Austill Henry, further explained that by the time he entered the school system, his mother was also furthering her education.

"My grandmother provided the support for my me and my mother. The greatest lesson both of these women taught me was to work hard fi weh yuh want, di lazy ting nuh mek sense. They put in the work regardless of the situation," he said. "I never liked school. I would give her problem and cry all the time when she took me to school. That's probably the only trouble me give her. And, while I didn't get the best of everything, I am grateful to my mother as she always found a way to make things work... I never grew up in extreme poverty."

Zagga said that Mama's Prayer comes at an appropriate time, like a musical gift to his mother, and to all who can relate to sharing the same bond with their mother.

"Our family was fortunate but there are so many others that are not. I grew up around strong women and this is my tribute to them. There is a stigma on teenage pregnancy in society, but at the end of the day, things happen that we can't take back," Zagga said.

Last November during a virtual lecture, HIV/AIDS officer at the United Nations Population Fund sub-regional office for the Caribbean, Dr Denise Chevannes, informed that Jamaica has the third-highest adolescent pregnancy rate in Latin America and the Caribbean, adding that the closure of schools due to COVID-19 would likely impact the rate negatively.

Zagga said, "We are not doing enough to help teenage mothers and education is where it lead back to, to teach them not to make unnecessary mistakes. My words, in the hook of the song, is just meant to make mothers feel good and thanking them for the prayers they pray."

Coke told THE WEEKEND STAR that the song makes her teary-eyed. "It was good for me to hear how he appreciates me and his grandmother. He has said it before, but not like how he said it in the song, and I love it and love him for doing it," said Coke, who is also featured in the music video for the single.