'Who cyah hear will feel' ... Entertainer not sorry for sister who died from COVID after refusing the vaccine 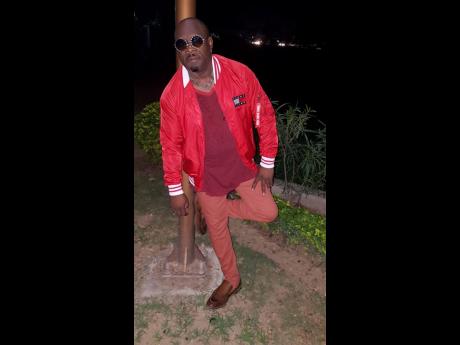 Controversial entertainer Milton Wray, who lost his elder sister to COVID-19, said that he is “not sorry for anybody who dies from COVID after refusing the vaccine".

Wray's sister, Iona Wray, 65, died in August. He said that he begged her to take the vaccine and she refused.

As of Sunday, Jamaica has recorded 1,734 COVID-19 deaths. While persons who have been vaccinated against the virus can still contract COVID-19, health practitioners have repeatedly said that the vaccines represent the best hope against getting seriously ill or dying from the virus.

Wray, a recording artiste who goes by the moniker One1Can, spoke about his sister's death in a post on social media.

He subsequently told THE STAR that Jamaicans will pay dearly if they continue to shun the vaccines.

“My sister and I, we grew up together with the same parents, and one of the principles they instilled in us is ‘Who cyah hear will feel’. So that is a logical principle, there is no emotion involved there. It is just as simple as one plus one equals two; so if yuh cyah hear, yuh will feel,” he said.

Wray said that his sister, the eldest of six siblings, had high blood pressure, which is regarded as an underlying illness that can make people susceptible to the rampaging virus. He said that she was swayed by misinformation about the vaccines.

“I begged her to go and get vaccinated. She say she nah do it. I asked her why she will not take it, and she say people say the vaccine nuh good. Mi say to her, ‘Yuh cannot follow people, don’t listen to what people are saying. Go and get the vaccine.’ More than once I talked to her about it and she just follow the foolishness weh some idiot a run wid,” Wray said.

He recalled that his sister, who has left behind a daughter and granddaughter, was still in denial even while she was in hospital receiving oxygen therapy.

“The last time I spoke to her, she was in the hospital, and at that time it was not confirmed that it was COVID. I said to her, ‘This seem like a COVID to me,’ and she said 'No.' But they were giving her oxygen and I asked her, ‘Why they giving you oxygen?’ But she was still saying that it was not COVID. After the test results came, she died very soon after. Everything happened rapidly,” he said.

Wray said he believes that his sister, with whom he said he has a very close relationship, would be alive today had she taken the vaccine.

“We close, close; we live good, good. There was no animosity between us at all. As you can imagine, death is never a good thing. You will mourn for a while, and even though I am grieving, it doesn’t stop me from thinking logically and from saying it is her fault. If she had taken the vaccine she would be alive today. Even though the statement seems cold and uncaring, it really is not. I am just being logical, without the emotion,” he said.

Jamaica's health ministry has set a target of inoculating at least 65 per cent of the country's nearly three million people by next March. As of Sunday, Jamaica had administered some 632,384 doses of COVID-19 vaccines. Of that number, 468,304 were first doses, 150,273 were second doses, and 13,807 were single doses.