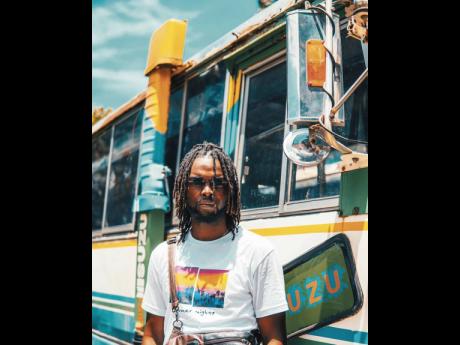 With the headlines filled with stories of kidnappings, increased criminal activities, inequality and racism, reggae-dancehall artiste Yaksta brings a conscious vibe on the single Free My People, his collaboration with up-and-coming singer Nicola Jasmiin.

Yaksta said that the single is becoming something of a protest anthem that is relevant to the times, although the song was written two years ago.

"The song is a story that many will overlook but that needs to be shared. I find that entertainers, of late, are afraid to even touch some of the topics. Funny thing is that the lyrics for Free My People were penned in 2019, the same time as Humans but now just happened to be the right time for its release," Yaksta told THE WEEKEND ST AR, adding that with the combination of concepts used for the visuals released on Heroes' Day (October 18), "it came naturally."

Championing the words of Jamaican National Hero Marcus Garvey, Yaksta said 'liberate the minds of men and ultimately you will liberate the bodies of men' in the caption on YouTube for the official music video which is akin to a short-film or mini-documentary.

Topics such as violence against women, drug abuse and mental health are highlighted on shirts worn by members of the cast. Meanwhile, Yaksta sends a pertinent message holding a paper with the words 'at five million views free' mimicking scenes from the movie Clickbait and calling out people, "for how they focus on violence and negativity."

"We see when there is a little connotation of violence, the attention spikes from zero to a million and not in a good way. It simply means that people are now focused on wrong things," he added. The artiste, who turned 28 a day before the track's official release, said that he knows his character and approach are constantly being described as quirky, weird and serious. But he said that these are the qualities that make persons pay more attention to his messages.

"Acting comes naturally to me, theatrics is something I am familiar with and when addressing these topics for people to listen, it is about how you bring them across.It is me, acting out what is part of our reality," he said. Yaksta has been preparing to release an EP for the past year, but fans will have to wait until spring 2022.