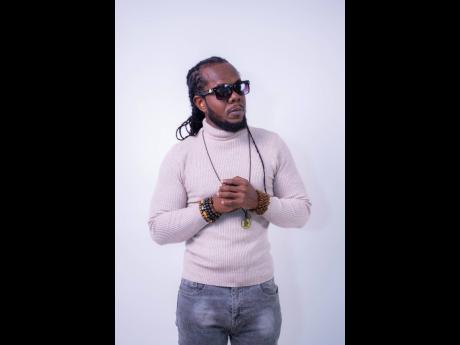 Produced by Money Dee Production, the track was officially released on October 15.

"This track is speaking not just to what is happening locally here in Jamaica but on a global scale. It is one of those tracks meant to open eyes and hearts while concluding what we are going to need to fully integrate and get back together as a society on a whole," the artiste explained.

The official music video, which also premiered with the track, has been met with rave reviews, with feedback highlighting the fact that the song's message is timely and needs to be taken seriously.

"My hope is for it to reach the furthest corner of this globe, for people to absorb this track and [for it] to be like a staple on their playlist. This can be a song that they can turn on at any time of the day to bring some form of enlightenment to their lives, lift their spirits and definitely point them in that direction of healing," said TruVice.

In the game for the past eight years, TruVice is an artiste who is never afraid to step outside of the norm.

"My style of music is reggae at the core. Somewhere in the midst of it all is pop. I've also done the country and western sound. I like to blend different styles and melodies to give listeners that TruVice signature sound. One day it may be soul, another day it may be pop, but the inspiration comes from a range of places and is reflected in my delivery," the artiste explained.

Prior to Healing, the artiste released a seven-track EP in 2018, titled Soaring , and has this year released a number of singles such as Fire and Ice, and Pain In Loving You.

"With Money Dee Production, we have some ambitious endeavours coming up. We're pushing this track, Healing , right now, while seeking to break some new barriers," he said.