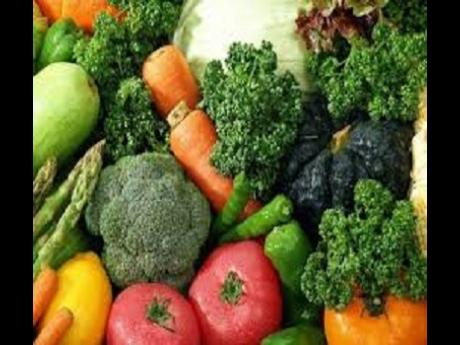 SANTIAGO, Chile, Dec 7, CMC – Three United Agencies say the war in Ukraine, as well as the successive crises at the international level, compromise the access of Latin America and the Caribbean (LAC) to food and key inputs for regional agriculture.

In a joint report, the Economic Commission for Latin America and the Caribbean (ECLAC), the Food and Agriculture Organisation of the United Nations (FAO) and the World Food Programme (WFP) call for strengthening agricultural production and social protection systems and extending their reach in rural areas to respond to the triple challenge to combat food insecurity and the increase in extreme poverty, and support food production in the region.

According to the report, the international context of successive crises and the war in Ukraine jeopardise Latin America and the Caribbean’s access to food and key inputs for regional agriculture. It said the impacts of the war in Ukraine on the productive sectors must be understood in the context of the various crises that have affected the world economy in the last 15 years: the 2008 financial crisis, the trade tensions between the United States and China and, since 2020, the COVID-19 pandemic.

“These crises resulted in ruptures in various primary and manufacturing production chains, either due to an increase in trade barriers or disruptions in the global production and transportation system of goods,” according to the report.

It adds that the war in Ukraine has directly affected international trade in crude oil, natural gas, grains, fertilisers and metals.

As a result, higher energy and food prices are part of the factors that have led to a downward revision of global growth in 2022. The world economy is expected to grow 3.1 per cent in 2022, 1, 3 percentage points less than what was forecast before the outbreak of the war, while the Latin American and Caribbean region will expand 3.2 per cent this year, but will slow down markedly to 1.4 per cent in 2023, according to the latest projections from ECLAC.

The report warns that the extension of the current crisis, in which various threats of a productive, commercial, climatic and geopolitical nature converge, not only endangers food security but could also lead the region and the world to great setbacks in terms of poverty, inequality , climate action and sustainable development.

“Despite having a significant agricultural trade surplus, Latin America and the Caribbean is exposed to production and marketing problems and price increases resulting from the war in Ukraine. Rises in international food and input prices affect both exporting countries and net importers of food. In addition, the region imports more than 80 per cent of the fertilisers used in agriculture.

“A reduction in the yields and harvests of key products for food security due to less fertilisation would add to the harmful effects of food inflation on the most vulnerable population,” said Salazar-Xirinachs.

According to the joint report by the three UN agencies, food inflation increases the risk of problems with access to a healthy diet, food insecurity and hunger, since it affects lower-income households more.

In the region, the inflation that hits the poorest sectors with the first quintile of income distribution pegged at 1.4 percentage points higher than that corresponding to the richest sectors (fifth quintile).

The 12-month regional food price index reached 11.7 per cent in September 2022, compared to 7.1 per cent in the case of general inflation. According to the FAO, the food price index, measured in real terms, reached its highest historical level, of 156.3 points, in March 2022.

Assistant Director General and Regional Representative of FAO for Latin America and the Caribbean,

“The high dependence on the import of fertilisers and the variation in prices of food has a negative and unavoidable impact on livelihoods, mainly of the rural population, and on access to a healthy diet”.

Lubetkin added that “although the FAO food price index fell in the last 7 months, its level is still 14 per cent higher compared to 2021. The strengthening of social protection systems in rural areas, particularly oriented to family farmers;

Likewise, the study indicates that reinforcing the active role that social protection systems, including national school feeding programmes, played during the most critical phase of the pandemic is a necessity to prevent the most vulnerable segments of the population, such as children and the elderly, are irreversibly affected by the rise in food prices.

“In a regional scenario where multidimensional poverty is increasingly linked to food and nutrition insecurity and where different crises are adding to deep structural inequities, social protection systems, including school meals, play a fundamental role in mitigating the vulnerability of people before, during and after crises.

“As the World Food Program we are accompanying national governments to identify and respond to these increasing needs, through the use and expansion of social protection in a sustainable manner, in addition to a continuous strengthening of the preparation of the systems, so as not to leave no one behind,” said Castro.

The report emphases that the complexity and magnitude of the policies required to reconcile emergency responses with the reduction of structural and fiscal problems demand coordination in various areas —macroeconomic, social, and productive— and the articulation of responses. at regional level.