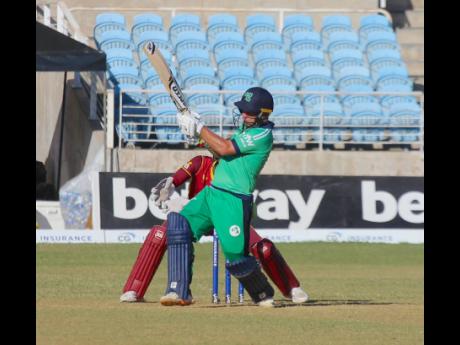 Ireland batter Andy McBrine in action during the third and final One-Day International against the West Indies at Sabina Park in Kingston yesterday. 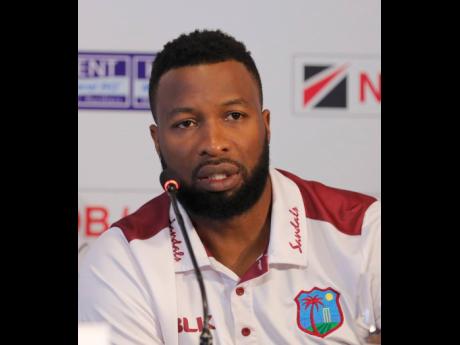 West Indies captain Kieron Pollard could not hold back his disappointment after his team's two-wicket loss to Ireland in the third and final one-day international at Sabina Park yesterday.

The West Indies totalled 212, batting first, and Ireland got over the line to score 214 for eight in 44 overs and a ball, to claim the three-match series 2-1.

It was another weak outing with the bat for the regional side, despite a good start from opener Shai Hope, who made a top score of 53 from 39 balls.

When Hope fell in the 11th over with 72 runs on the board, the West Indies then lost three more wickets for just 13 runs at 85 for four.

It took a 62-run eight-wicket partnership between Jason Holder, who made 44, and Akeal Hosein, who scored 23, to get the West Indies to a decent score.

Jamaican all-rounder Odean Smith, batting at 10, chipped in with 20 not out, as Andy McBrine bagged four wickets for 28 runs, and Craig Young, three for 43.

It was McBrine, the Player of the Match and Series, who led the run chase for the visitors, top-scoring with 59, while Harry Tector delivered with 52, and captain Paul Stirling, 44.

Hosein picked up three wickets for 59 runs, while Roston Chase bagged three for 44.

For Pollard, the loss sums up a bigger problem.

"It's a sad day for us and a sad day for West Indies cricket," Pollard said. "Very disappointing and a bitter pill to swallow. Overall, we have a batting problem in the Caribbean in getting runs on the board and we can't hide from that. We are trying to work with what we have, and what is available to us, but, in all honesty, I don't think we have been up to standard within the last few months."

The Trinidadian knows that the team has its work cut out with the England assignment up next, however, there is still optimism within the camp.

"The guys are trying to get better and it won't happen overnight," he said. "It's not doom or gloom, and it's a matter of putting our heads together. We need to sit down and think deeply about where we need to take the West Indies cricket forward."