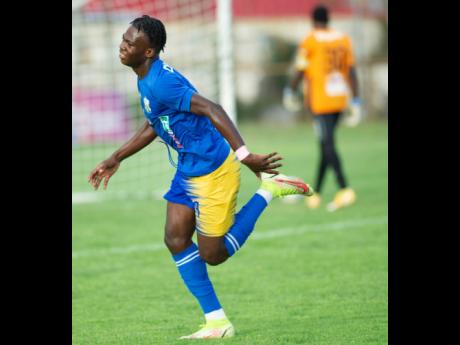 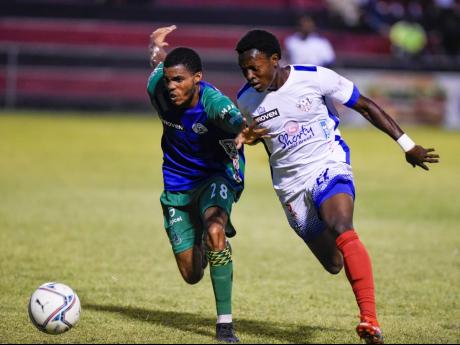 Maquan Aldridge, Jahiem Harris, and Revaldo Mitchell scored in the 15th, 83rd and 89th minutes for Molynes, while Renaldo Cephas, Marlon Allen, and Kimani Arbouine scored in the 48th, 72nd and 93rd minutes for Arnett.

The result pulled Arnett to 36 points, three away from second-place Dunbeholden (39). Molynes remain in 11th place with 15 points.

The opening stages were played at a frantic pace as both teams tested each other early. Molynes United goalkeeper Peter Harrison needed to be alert to tip over a ball that was heading for goal in the second minute. A minute later, a Nicholas Nelson shot forced Arnett Gardens goalkeeper Eric Edwards into an early save.

But it was the visitors who got the early lead as Nelson found Aldridge in the box and fired his shot past Edwards to silence the home supporters.

Despite conceding, Arnett's relentless pressure never waved as they continued to create chances, the majority of those falling to Cephas, who could not find the finishing touch for the equaliser.

Three minutes after the goal, a corner kick found him in the box but he fired his low shot wide of the net. In the 23rd minute, Cephas was on the attack again as good interplay saw him race through the left side of the Molynes defence but his shot rolled right into the arms Harrison.

It was the same story that repeated itself throughout the first half. However, Cephas found the finishing touch three minutes into the second half, being able to fire home from close range to his delight and the relief of the home supporters.

Allen who came on as a second half substitute tapped home what seemed to have been the decisive goal, from close range, 18 minutes from time. However, Molynes had more surprises late on. Harris's low shot in the 82nd minute deflated the crowd as Molynes equalised and seven minutes later, Nelson found Mitchell and stunned the crowd into silence as Molynes were edging towards a major scalp.

But it was Arbounie who would have the last say as he unleashed a long range effort in the third minute of stoppage time to salvage a point.

The other game on the day saw Nevaun Turner scoring in the 39th minute to give Montego Bay United a rare win, defeating Portmore United 1-0.